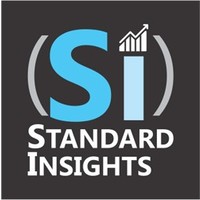 Jerry Abiog and I discuss how small and medium businesses can now use Artificial Intelligence technology that was once only available to businesses like Amazon and Netflix.  Now SMBs can use AI to increase repeat buyers.  Also, restaurants can use Standard Insights Smart Digital Menu (iOrder) to increase sales and turn tables quicker.

Click the link below to listen to the entire 15-minute Podcast.

Posted by Dennis Collins at 9:55 AM No comments: 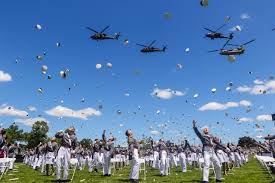 I'm here to present a different viewpoint from the 700 Old Grads who wrote to you with concern about how, yet another group of Old Grads conducts themselves as senior leaders under President Trump. I'm not a fan of groupthink. These opinions are mine and mine alone.

First, you've just spent four years, living, breathing, eating, and sleeping — Duty, Honor, Country. Trust in your training. Trust your gut to the point that you don't need outside opinions; mine, the 700, or anyone else's telling you how to conduct yourself. I, for one, have faith you will make good choices and do the right things in the years to come.

Second, I will tell you something; hopefully, you've heard before. Credit goes to the person who is in the arena bearing the brunt of the fight. Not to the hecklers on the sidelines. Anybody can be a critic; it's not hard to do. Being an armchair quarterback doesn't take any talent.

Third, as I continue, this letter will be from an extremely practical and real-world viewpoint. I will tell you that if you are going to be on a team, you have to follow the rules of the person in charge of the team. Everyone has a boss, and while in the military, you should plan on doing as the boss tells you unless you know for a fact it is an unlawful order.

Fourth, you'll always have a boss. Unless you are God, you are always working for someone else. The Chief of Staff of the Army works for the President. The President works for the American people. You cannot escape the boss paradigm by leaving the military either. In the business world, you'll have a boss, and if you don't like doing things their way, they will be happy to promote you to customer. Even CEOs report to board members and stockholders. In the event you start your own business, you'll be working for your customers, go ahead and don't do what they want and see how that works out for you. Hopefully, you will work for leaders who are willing to listen to your opinion, but don't fool yourself into thinking that that is required of any boss. It can just as easily be their way or the highway.

Fifth, should you reach a point where your gut tells you something is wrong, and you cannot stomach it anymore, choose carefully. Because eventually, the situation will pass, and you need to ask yourself, in the long run, is the Army better off with you or without you. Without you, that's the end of your ability to lead missions and take care of Soldiers. Do you think the person who replaces you will do a better job? I'm telling you this as an Old Grad who fell on his sword as a Captain derailing my career. Like that old Looney Toons episode where Daffy blows himself up, it's a trick you can only do once. There's no going back, no do-overs, I managed to eke out a twenty-three-year career, but for me, it could easily have been the end of the road.

Sixth, for a bunch that preaches being apolitical, the 700 sure sound political. That's just me thinking out loud. With today's world being as polarized as it is, it's hard not to have an opinion. My only recommendation here is not to wear your political views on your sleeve while in the military.

Seventh, good luck and God speed. Regardless of your politics, I'm pulling for you.

The Plight of the Cruise Lines and my Plan to Save Them. 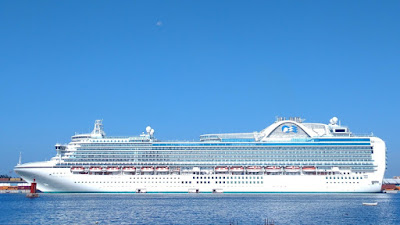 Some people might be wondering why the Cruise Line Industry did not receive any government aid in the COVID-19 Relief package.  That is because they are not American companies.  While they do employ Americans, all the major ocean-going cruise lines like Norwegian, Carnival, Royal Caribbean, Princess, etc., are foreign companies.  They are registered in places like Panama, Liberia, and Bermuda.  Their ships (except for one Norwegian ship) are not American flagged ships.  In other words, they are not registered in the United States.

Why is it like this you might be asking?  Because by domiciling their corporations in countries like Panama, Liberia, and Bermuda, the cruise lines avoid paying U.S. corporate taxes.  It is a profit-driven decision.  Likewise, the ships are registered overseas because were they registered in the United States, they would have to be crewed by Americans.  Americans demand or require higher pay than the foreigners who do crew the ships, which would cut into the cruise lines profit margins.  So again, it is a profit-driven decision.  These foreign-owned companies with foreign-flagged ships do benefit the passengers who sail with the cruise lines.  Since the cruise lines tax burden and labor costs are lower, they can offer cruise packages at a much lower price to the customer and remain profitable.  As long as the cruise lines continue to be foreign companies with foreign-registered ships with international crews, the United States Congress will not be willing to give the cruise lines financial aid.

As the COVID-19 emergency drags on, the situation for the cruise lines could become quite desperate.  I have no idea how long the cruise lines can continue to sit idle paying crews and making payments on shiny new ships before they go bankrupt.  How long they can sit idle depends on how much cash they have on hand or what commercial loans they can secure from the big banks.  So, what will happen?

Eventually, the stress on the cruise lines will begin to show up in their stock prices.  As their stock prices approach zero, they will become relatively cheap to purchase.  A billionaire like Warren Buffet could come in and buy out the line and inject the necessary cash.  That's option 1.  Option 2 is the cruise lines go bankrupt, and the banks take possession of the ships and sell them to the highest bidders.

Since I doubt the CDC will recommend anyone go on a cruise ship anytime soon.  In addition to the CDC issue, the ports that the cruise ships wish to call on much be willing to receive the ships and their thousands of passengers.  Therefore, I believe it will be a while before the cruise ships go anywhere.  How this plays out only time will tell; however, it will be exciting to watch.
Posted by Dennis Collins at 11:01 AM No comments: 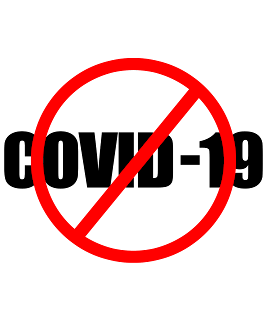 There will be three types of fallout from the fight against COVID-19 in addition to the loss of life brought about by the disease.  First and foremost, will be the economic fallout.  The second will be the mental health fallout.  And third will be the fallout against the Communist Chinese Government.

The economic fallout will render the United States in depression more profound than that of the Great Depression, which lasted from October 29, 1929, until the beginning of World War II in 1939.  It will destroy businesses, communities, careers, and the families that depended on those things for income and social fabric.  It will bankrupt not only businesses and families but also towns, cities, and states.  We will be lucky if it doesn't bankrupt the United States as well.  It will rack up Government Debt that our children's, children's, children will still barely have begun to pay off.

There will be two main groups of mental health fallout.  The first group of mental health fallout is the resultant alcohol abuse, drug abuse, spouse abuse, depression, and suicide from loss of employment and financial ruin.  The cost in lives over the subsequent years will be a higher cost than that of the lives lost to COVID-19.   The second group of mental health fallout will be the post-traumatic stress felt by healthcare professionals and first responders in areas that are walloped by COVID-19.  Something akin to the problems experienced by Veterans after returning from war will affect health professionals after their battles with COVID-19.  Twenty-two Veterans commit suicide each day.  I could see a similar fate befalling healthcare professionals if we fail to adequately address the impact of fighting the virus on those people who did the fighting.

The third type of fallout will be the international fallout against the Chinese Communist Party for not only their improper handling of the virus in the laboratory before the pandemic started but also their failure to warn the nations of the world after the virus escaped.  Millions will have died directly, and millions more will die from the fallout, not to mention the economic damage on the US and world economy.  I can see the day in the not too distant future where people look upon anything made in China with disdain.  I see a world where people post videos of themselves destroying stuff made in China.  Where public opinion forces industries to hurriedly break ties with China over public anger that American or European companies dare enrich themselves and the Chinese Communist Party by doing business in China.  The great exodus from China is coming.  Where the international community will look upon dependence on China for any material, subcomponent, item, or medicine even remotely tied to national security as an anathema, that last part is a good thing.

So, to sum up.  The world will enter a new depression that is more considerable than the Great Depression of the 1930s.  More death and destruction as a result of the economic fallout than from the disease itself.  Lastly, China becomes an international pariah.
Posted by Dennis Collins at 5:37 PM No comments:

My plan to enforce social distancing during the pandemic when I become King:

Want to congregate at a meeting, park, beach, or whatever during the pandemic?  Because I liken that to reckless endangerment.  Well, fine.  When the police show up, they will temporarily detain you while your fingerprint gets added to a national idiot registry.  After that, the police will send you on your merry way.  Now, should you become ill and need hospitalization (for any reason), hospitals will deny treatment to anyone listed in the national idiot registry as punishment for helping contribute to the overloading of the healthcare system.  You will be handed a bottle of aspirin and a band-aide and taken home.  Since you screwed the system the system now screws you.

Now should someone with COVID-19 knowingly expose other people to the virus, then they will receive one year in prison (with other people carrying the virus of course), a $10,000 fine, and a felony conviction on their record.
Posted by Dennis Collins at 4:11 PM No comments:

Dennis Collins
I am a small business owner of Super Cruise and Travel and Independent Agency in the Avoya Travel Network. I currently live in Elizabethtown, Kentucky. I also own ETown Shirt Shop, makers of logo T-shirts. I am the host of the Podcast: Pen Over Sword and Audacious Talk with Dennis Collins. My interests range from technology to entrepreneurship to education and movies. You can click the button above if you'd like help planning a vacation or having logo T-shirts made or if you have a message of value you feel people need to hear on my Podcast. If none of the above applies and you'd just like to get in touch, feel free to say hello through any of the social links below.